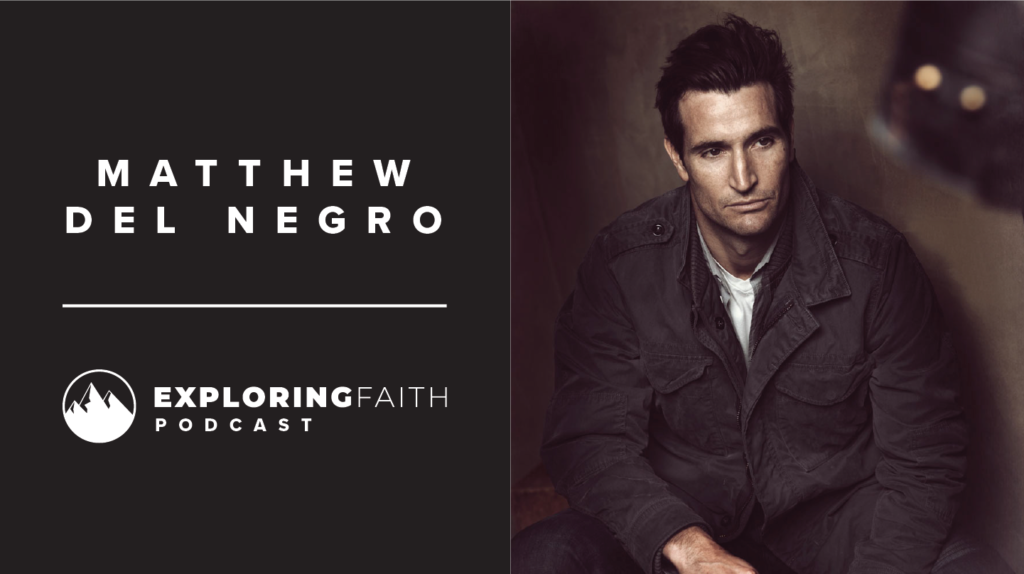 Matthew Del Negro is a well-known actor who has played a wide range of roles in features, television and theater, including ABC’s “Scandal”, HBO’s “The Sopranos”, NBC’s “The West Wing”, Showtime’s “The United States of Tara”, MTV’s popular “Teen Wolf and, now, “Goliath” on Amazon’s Prime Video with Billy Bob Thornton.

Matthew grew up in Westchester County, New York and graduated from Boston College, where he played Division I Lacrosse and consistently made the Dean’s List. Matthew reflects on his spiritual upbringing and with many questions, is curious about what faith looks like is his life now.